How We Came to Be: Bailey’s Origin Story

These are some of the things that Inspired Stefanie to start Bailey’s Cafe:  Gloria Naylor’s novel Bailey’s Cafe, teaching English in public high school, searching for a way to gather with people of all ages, seeking a place that is comfortable, safe, flexible, welcoming and encourages the connection between people.

Stefanie started teaching public high school in Brooklyn in 1990 with high ideals and very little understanding of the culture of an urban school. What she learned very quickly was that she wanted to stay and take on the challenge of becoming a good teacher.  She found that the classroom structure undermined the possibility of building positive reciprocal relationships, teacher as evaluator and judge always defines the relationship first. In her twenty-five years as an English teacher, she never felt comfortable telling anyone what they should learn and how they should learn it.  Stefanie continued to imagine something else.  Her principal allowed her to start a writing center, which quickly became the high school’s student lounge, where everyone was a teacher, a learner, a philosopher, a leader, a politician and a therapist.  This brought to mind Gloria Naylor’s novel Bailey’s Cafe about a place of solace for those who find themselves at the edge of the world and need a place to hold on to–Bailey’s is that place.

Bailey’s has evolved since 2003 when we officially became a nonprofit.  Our focus landed on developing art-based, intergenerational programs and experiences.  At Robeson, with our then multi-talented Creative Director, Kymbali Craig, we conducted after school programming, often engaging with the elders at the senior center a few blocks away; collecting stories and co-creating events.  Our youth improvisation theater troupe traveled the City presenting their interpretation of the veterans’ stories we heard.  This was especially relevant during the Iraq War; we’ve connected with the Black Veterans for Social Justice and the peace movement, developed a large-scale mural with Groundswell depicting the different ways Bailey’s was creating community and self-published two books, Southern Grown, by Dora Davidson, who grew up as a sharecropper’s daughter and Big Top & the Blues, a children’s book recounting Blues musician Michael Hill’s story of being a touring musician separated from family.

Using the arts and community service, we brought people together, to share stories, find common bonds, celebrate life, honor our gifts and grow.  When we started renting a storefront, we were able to add a wellness component, bringing peace circles, community yoga, reiki, meditation and sound baths as well as other healing modalities to the neighborhood.

The photograph in the banner shows a mural, co-created with young people from Bailey’s summer program and alumni from Paul Robeson under the direction of lead artist Sophia Dawson.  The mural represents the legacy of Paul Robeson, the man and the school, and was originally intended to be installed at the school.  Due to the City’s decision to close Paul Robeson and open two schools in the original building and the refusal on the part of the incoming principals to support the creation of the mural it became a Bailey’s project and represents, for us, the cross over between activities which mostly engaged Robeson students to include young people beyond the school community. 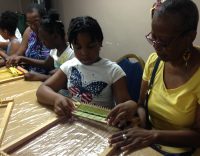 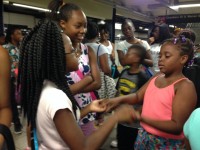 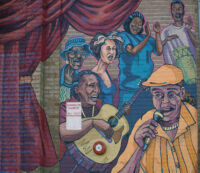 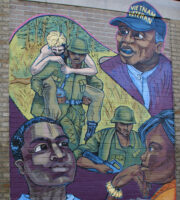 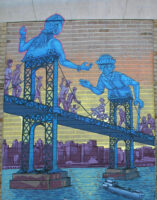 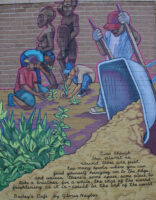 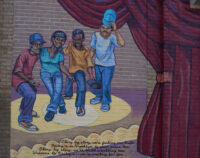 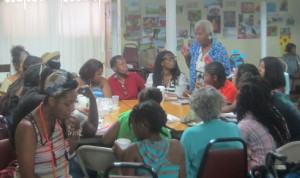 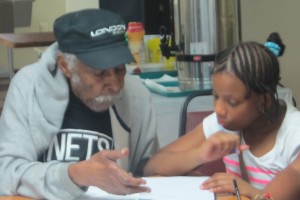 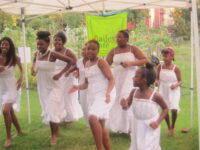 Your ticket for the: How We Came to Be: Bailey’s Origin Story

How We Came to Be: Bailey’s Origin Story