A Family of Friends by Zevediah E.

A Family of Friends

It was the summer before I entered high school that my mom enrolled me into Baileys because she thought it’ll be a good opportunity to meet people. That was in 2016 and I’ve been a part of Bailey’s Cafe’s six-week summer program ever since. One thing that keeps bringing me back to Baileys is that it is a safe space and the feeling of inclusivity allows me to celebrate the unique way I was created, instead of hiding my true self.

One of my favorite parts of Baileys this summer was going to the garden with Mr. Brian. During Tuesday mornings, Jeremy and I (later Shelby would join us) walked to the garden on 95 Malcolm X between Greene and Lexington. While there, we worked with Mr. Brian and other youth from a different organization. I learned so much during this time about gardening, how to cultivate crops, and how to give back to the community.

The first day we watered the plants and cleaned the streets nearby and around the garden. The fruits, vegetables and herbs that Mr Brain grows in his garden included eggplant, tomatoes, green peppers, thyme, kale, chocolate and many different types of mints. Mr. Brian grows food in his garden with the purpose to distribute the fresh food to the people in the community that are in need, which is important because of the high percentage of food insecurity in the neighborhood.

On Tuesday afternoon, there is gender studies. Gender studies is a workshop dedicated to studying our gender and the roles that are placed on us in society. While the girls go to the church, the guy group stays behind and has a series of discussions. As a young man who’s having to navigate the world without a father figure, it can be challenging at times because there are a lot of things I’m clueless about. Yeah, I can always ask my mother, but as a woman she can only understand so much when it comes to a guy’s perspective. Kadeem, is a great lead male facilitator. I feel like I have a safe space to talk about and ask questions to another man without judgment. We learn about relationships and how to be respectful to women and not rude. This summer Mr Sweat joined our sessions. He teaches us important information about manhood and the real world, like how to communicate with new people we meet. For instance, Jeremy is a new participant at Bailey’s, this is just his second year. He’s very smart and reminds me of me because he does not have many friends and gets bullied. I feel like I’m a good influence on Jeremy, because I can understand his situation of getting bullied. As someone who is different and has health issues, I also don’t have many friends and was bullied a lot in school too. So, I can relate to his situation.

I have also found a good friend in Osei, who joined Bailey’s while I was already a part of it in 2018. He is really somebody who I’ve grown close to over the years. We are not just participants in a summer program, but more like a family now.

Bailey’s Cafe is like a family to me. Ms. Stefanie pushed me to be more engaged in fun activities and I really have learned a lot at Bailey’s. I learned that we each can make a change in our community if we do our part. I’m so proud of my growth. So I say thank you to Ms. Stefanie and the whole family.

Please consider making a donation to Bailey’s Café through the ‘Donate’ tab above!
Read more

Returning by Pharaoh B. 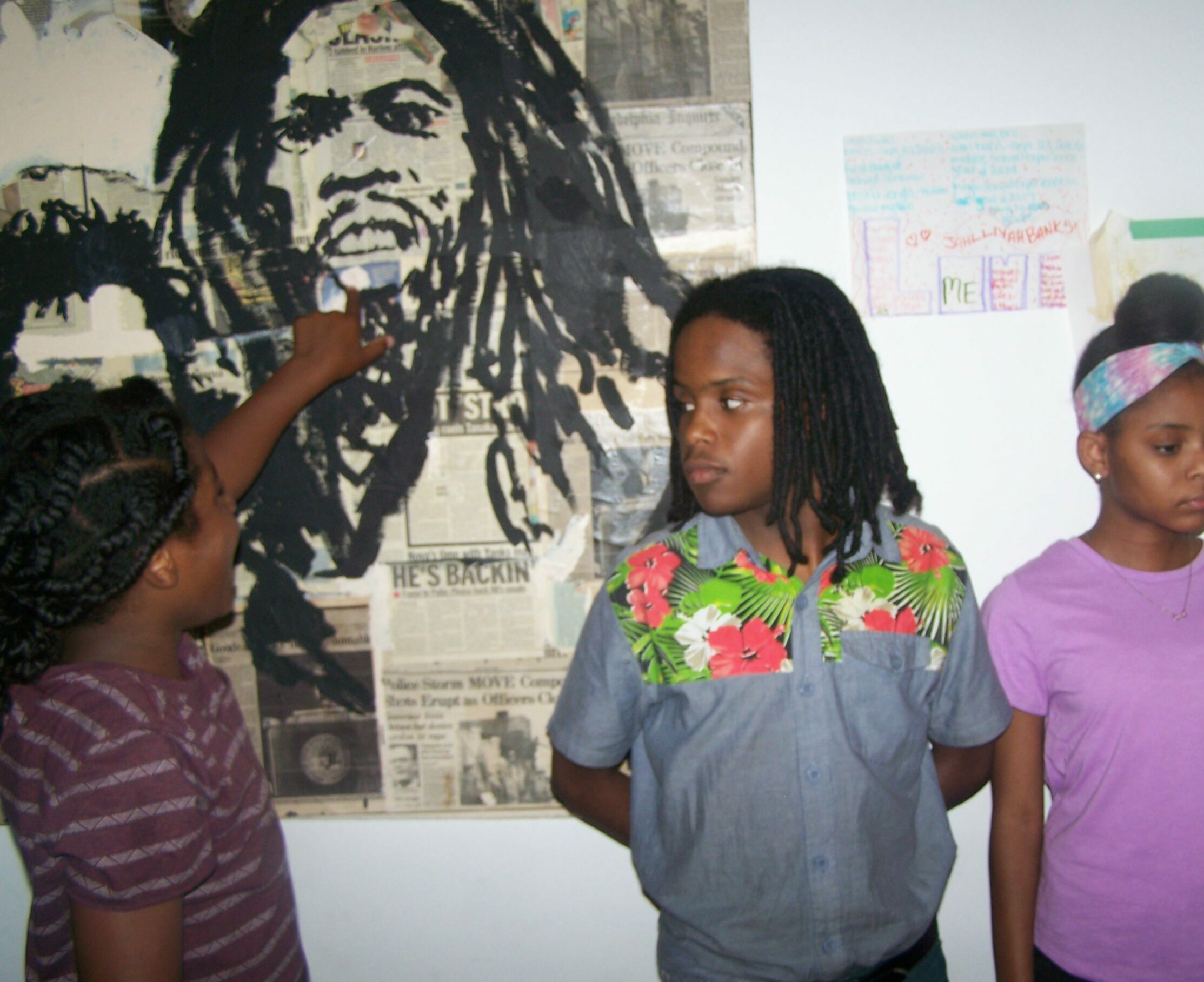 Bailey’s Café is a place where you can do so many different activities, have fun and spend your time wisely. Every day at Bailey’s at 12:30pm, we have lunchtime. During lunch, it’s an opportunity to talk with the other participants in the program and connect with others in the group; we are free to go out during lunch and explore Bed-Stuy, or stay at Bailey’s and have free time for an hour. A lot of times, I went to play basketball in the park nearby with the other boys, while some of the girls like Kendra and Nevaeh would play Just Dance. Another thing I enjoy about Baileys is they offer the choice of not doing certain things if you cannot do them for religious or other reasons. This really helped me feel included in the program because there were certain activities I could not take part in, but Ms. Stefanie gave me and the other kids activities to do during these times.

This summer Bailey’s offered many different kinds of activities from yoga to art to gardening to photography. I attended Bailey’s summer program when I was younger and we were focused on preparing for a performance. At that time, I wasn’t able to digest the information as well. This year I was able to get more out of the experience.

The teachers are very friendly and treated me as if I was here for the whole time, especially Kadeem; but that’s also because we have known each other for a longtime, even before I came to Bailey’s. He is a dance teacher and also facilitates gender studies for the boys. During gender studies, we have a safe space where we can tell each other everything that we are going through without the stress of somebody telling somebody. Everyone at Bailey’s is very welcoming and makes you feel at home. 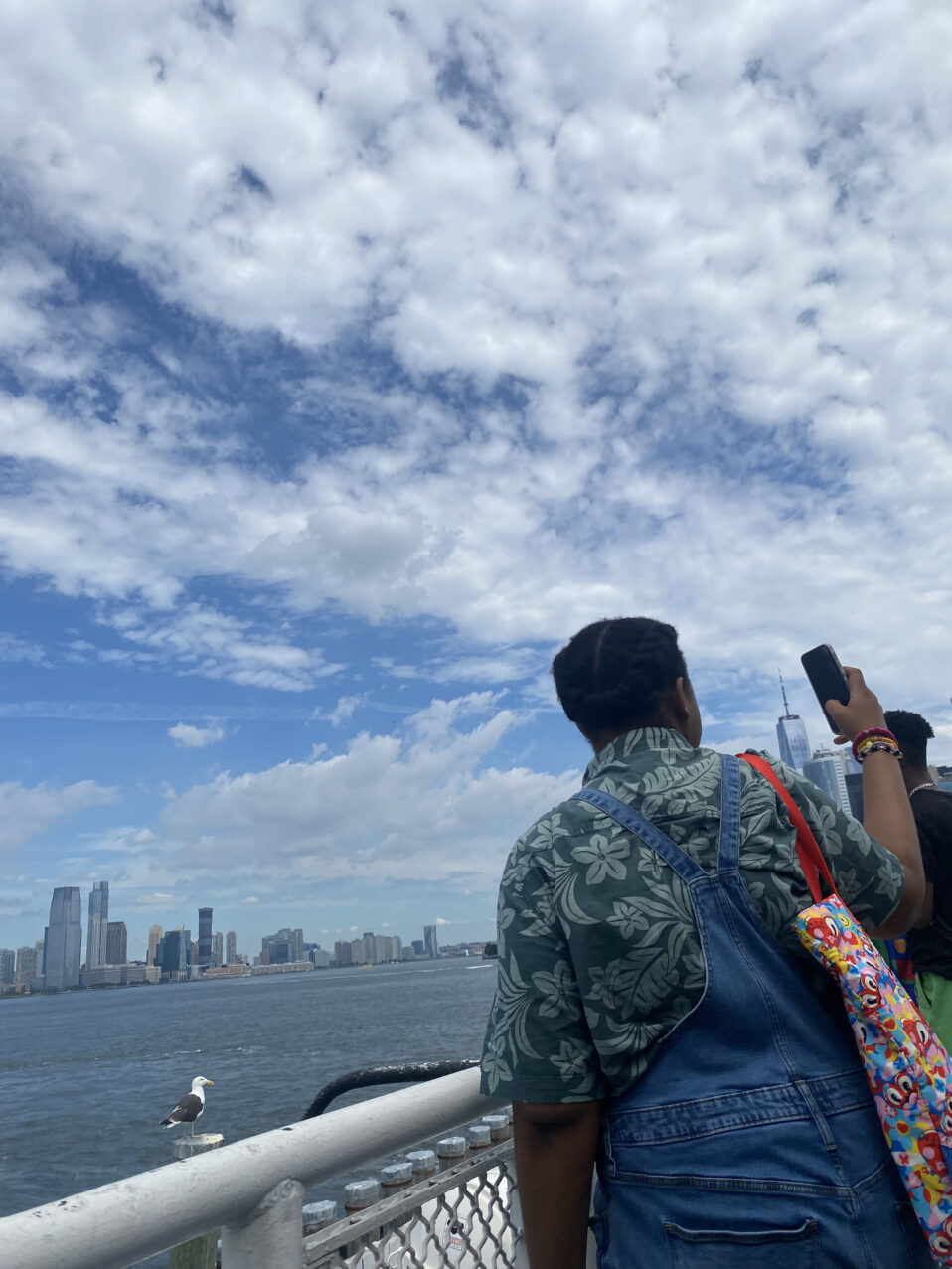 My Safe Space by Shellby L.

I’ve been coming to Bailey’s Café, a community based center located in Bedford-Stuyvesant, Brooklyn for three years. At the heart of Bailey’s, we have Ms. Stefanie. Since I have known her, she has easily become one of the most impactful and inspirational women I know. Every summer since 2018 that I’ve participated in the 6-week program, it has been made influential due to her presence.

My favorite part of Bailey’s is that it’s an environment that is full of love and cultivates personal growth. I always feel safe there. Bailey’s Café helps me find my inner voice and I am able to hear it more clearly throughout the school year. Having a space during the summer where I am able to be vulnerable and authentically myself without fear of judgment is important to me. Ms. Stefanie encourages us to feel and creates space for us to process and understand our emotions. She teaches us to think deeply and thoroughly about our place within this world, the impact we have on other people, as well as our environment. Being around Ms. Stefanie at Bailey’s, something that I’ve learned is how important it is to recycle, and to do our part to take care of and preserve the planet we live on. Something else I’ve learned is that it’s important to take care of your health. I’ve learned about my role and my place in the lives of others. I’ve seen the difference it makes to listen to myself and treat ME with kindness the same way I would to someone else. I’m deserving of good things, and the way I love myself has such an impact on the way I show love to others. Ms. Stefanie has played a big part in me learning these things. I am able to associate Bailey’s Café with positive feelings because of her. I appreciate her and I’m truly grateful for all she’s given me this summer and all of the summers in the past.

Every summer after Bailey’s ends, I feel as if I’ve been reset and I’m prepared with the tools I need to be ready to walk through the rest of the year feeling at peace.

Your ticket for the: My Safe Space by Shellby L.

My Safe Space by Shellby L.