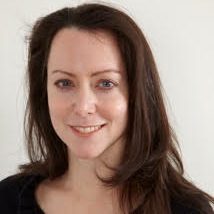 In Fall 2016 Anna brought her talents as an actor and writer to Bailey’s, with her participation in our community-based performance piece As Quiet As It’s Kept.  Anna has worked as an actor on both U.S. coasts. She spent five years in Los Angeles as a member of the award-winning City Garage theater company, performing in a range of classical to contemporary productions. Her New York theater credits include: Wilson’s THE MOUND BUILDERS and Martin’s PICASSO AT LAPIN AGILE at The Sackett Group; and Johnson’s BRILLIANT TRACES, Aristophane’s LYSISTRATA, and Durang’s DURANG DURANG at the Michael Chekhov Theatre Company. Anna has served in a dual actor-producer role of New York stagings of Kempinski’s DUET FOR ONE, which benefited the National Multiple Sclerosis Society, and of Reza’s ART and Albee’s ZOO Story with Working Girls Productions. She is a member of AEA and SAG and is currently working on her first novel.

Anna received a BA in Philosophy from Yale University and a Masters from Harvard University’s Kennedy School of Government.  She has been on the Board of Directors of Bailey’s Café since 2013 and Board Chair since 2014 and Co-Chair since March 2016.

Your ticket for the: Anna-Nanine S. Pond