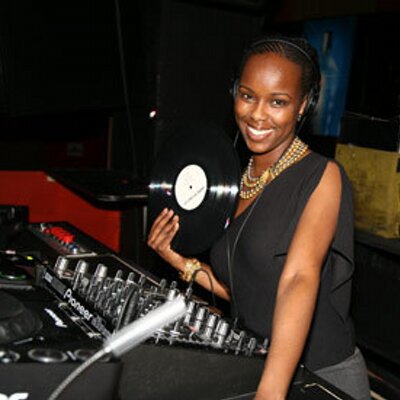 DJ Reborn has been pleasing crowds across the country and abroad for over a decade with her mellifluous blend of Soul, Hip-hop, Reggae, House, Latin, Afro-beat, Electro, Classics, Rock and more.  This Chicago native now resides in New York and not only spins at clubs and parties but also at museums, (The Studio Museum of Harlem, The Whitney Museum, The Bronx Museum of the Arts, The Cooper-Hewitt Design Museum) as well as live shows (The Roots, Common, Talib Kweli, India Arie, John Legend, Alice Smith and Goapele) She has also spun private parties for Music artists as diverse as Metallica, Maxwell, and Lauryn Hill as well as visual artists like Kara Walker and Wangheci Mutu.  Reborn is also a mentor/workshop facilitator for NYC teens. She has crafted a workshop specifically for teen girls that explores djing, creative writing and women’s images in music/media culture. Since 2002, DJ Reborn worked as musical director and live on stage DJ with renowned actor/playwright Will Power on the off-Broadway Hip Hop theater hit show FLOW. She partnered with Will Power again in 2007 as the musical director/sound designer for his original children’s theater production LITTLE HONEY BO. Reborn was the 2004/05 international tour DJ with Russell Simmons DEF POETRY JAM and she has made four appearances on BET’s Rap City. She has been featured in TRACE, NRG, URB, SCRATCH, NEW YORK MOVES, LUIRE and DJ TIMES magazines.
In 2007 DJ Reborn graced the cover of New York’s venerable VILLAGE VOICE paper and by the end of that year, she was ecstatic to DJ for one of the SEX AND THE CITY PT.1 feature film parties. In 2009 Reborn was the featured DJ on HBO’s BRAVE NEW VOICES hosted by Idris Alba. Her ability, experience, and unique perspective have primed this pioneering DJ to participate in seminal panels, conferences, and lead lecture/demonstrations. Some of these include The Ethnic Pen Conference, The Ms.Foundation conference panel hosted by NYU, University of Wisconsin Hip-Hop/Poetry conference, Pace University panel on Hip-Hop and lecture/demonstrations at both Trinity and Sarah Lawrence College. For the last three years, Reborn has been a DJ instructor at Dubspot in New York. Dubspot is New York’s premier DJing and music production school. As Quiet As It’s Kept is Reborn’s first project with Bailey’s Cafe.

Your ticket for the: DJ Reborn