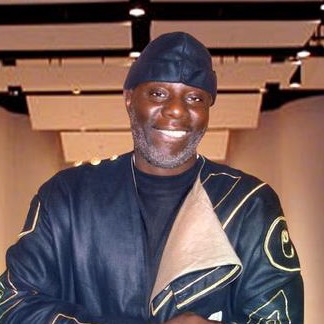 Rodney Rahim Deas (AKA “Radio Rahim”) has been in the entertainment industry for thirty-nine years. Already working as an MC throughout Brooklyn, Radio Rahim got his break in 1969 when DJ Gary Byrd hired him at radio station WWRL in New York City, and by 1973, Radio Rahim was licensed by the Federal Communications Commission (FCC) to broadcast. One year later, he was hired by WATC of State University of Farmingdale (Long Island, NY). Through Radio Rahim’s promotion and management, Last Poets (the predecessors of spoken word recordings) became the only group in the music industry to sell records without airplay, selling over a million records.

At a time when many record executives told Radio Rahim that his message was “too black” for radio airplay, Radio Rahim blazed the trail and pioneered the way for promoting Hip-Hop: In 1983, he was the first to implement what is now known as a “street team” to market the many award shows and new recording artists that he was producing, thus transforming the streets into Hip-Hop’s marketplace.

Radio Rahim began working with Bailey’s Café in 2011, and is currently working as treasurer for the Coalition for Public Education and the Pulaski Nostrand Block Association; he is a member of the first Quincy Community Garden and a volunteer teacher/mentor at Paul Robeson High School.  Radio Rahim is also one of the founding members of the September 17, 2011, Occupy Wall Street Movement.

Your ticket for the: Rodney Rahim Deas